Have you ever had a week that was so filled with “stuff” that could have filled a month?  I think we all have; they sneak up on you and then Bam!  You are in the middle of it. 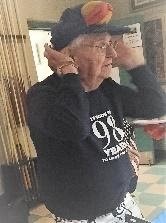 It started with pulling together a birthday party for my dear friend, Joe Lavinger, a WWII veteran celebrating his 98th birthday at American Legion Post 532 in Columbus, Ohio.  Joe’s passion for life, love, and laughter keeps him going.  When asked about his secret by a TV reporter, he looked at her and said very matter of factly, “Eat right and exercise.”  After his time in the Navy, he became an entertainer, wearing zany outfits and crazy hats, thus he was nicknamed “Crazy Joe”.  He has helped thousands of veterans through Veterans’ Outreach for about 20 years now.

I don’t see Joe slowing down as long as there are people that he can make laugh and veterans to help!  He is truly a gift to our charity, our veterans, and to all that meet him. 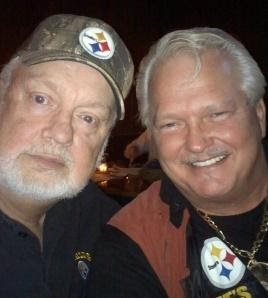 The next morning I atteneded my big brother’s funeral, Richard (Dick) LaMont Ely of Centerburg, Ohio.  Dick was a hell of a track star and boxer before he joined the Army’s Signal Corp.  He was nicknamed “Sluggo”.  He worked with the 1st Cavalry, Navy Seals, and 82nd Airborne Division.

Dick was the last living relative from my birth family.  He was my biggest inspiration for  Veterans’ Outreach mission.  Out of his unspoken words and the fact that he rarely smiled, he shared his perspective and the hurt that dwelled within him.  He loved to tell short silly jokes, but wouldn’t really allow himself to laugh, but hoped others would.  Although he was blessed with a loving wife and family, he was tortured from those early years of his life that he gave to our nation.  He was shamed for his service.  Both my father (a Pearl Harbor Survivor) and my brother suffered with PTSD which has been with me all my life and drives me to help veterans all across our great nation. 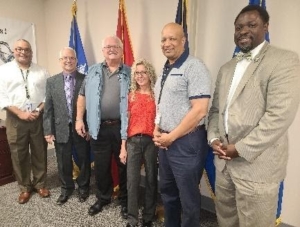 My wife and I then traveled to Kentucky for a meeting with Kentucky Department of Veterans Affairs Commissioner Keith Jackson.  Dr. Silas Session of Morehead University, Veterans’ Outreach Regional Manager Ray Layne, and I presented and discussed our project in eastern Kentucky, Heroes’ Passage – A Retreat for Veterans.

The Veteran retreat is meant to help the veteran heal from or at least learn to cope with their private and personal impacts of war.  We want to enhance their strengths, awaken a connection to the outdoors through farming and animal therapies.  We want to assist them with learning new marketable skills through affiliations with industry and educational facilities.

Commissioner Jackson and his staff could not have been more engaging and supportive of our efforts.  They gave us some contacts for the next steps. 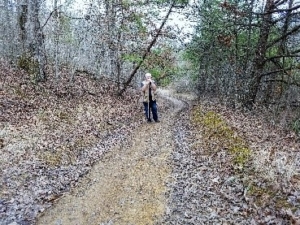 After a great lunch with the team, we continued to eastern Kentucky to visit the future site of Heroes’ Passage.  The land was donated by Roger Hanshaw.  It is 110.5 acres of Kentucky wilderness stretching into two counties, Carter and Elliot near Olive Hill.  The picture is from three years ago, the first time I visited the property.  Today, the road is grown over.  Ray garnered his sister Carol and her husband Dave, a retired Drill Sargent, to drive us through the property.

The shiny black Silverado entered the property and straight down a deeply rutted hillside that at one time was a road and is now less than a path.  A two-mile trip took at least two hours.  The truck performed very well, but the horrible sound of branches scraping the beautiful paint job was very disturbing.  The property is shaped like a bowl, 1,100 ft. at the crest and down to 900 ft., where we plan to have a small lake. The land has five streams and timber and could be a “Fortress of Solitude”.

The visit was exasperating, Ray and Carol were constantly removing brush and trees off our path.  Mud flared up when we got stuck a few times.

Our driver, Jeff always remained calm and in control, simply said “No turning back…We are committed now”.  We finally reached the bottom and took a break.

As I stood there, surrounded by this part of Appalachia, I had forgotten how serene the property is, it is its own little world.  I so want to share the beauty and potential with disadvantaged veterans.  Turning a dream into reality is the mountain we must climb.  If you have the desire to help, please contact me at 330-398-2904. 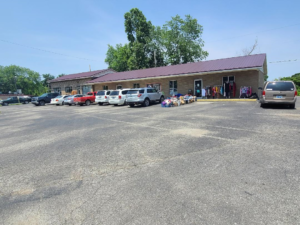 Lastly, we paid a visit to the Veterans’ Outreach office in Grayson, Kentucky.

We were so elated to witness massive community support for the mission. The staff and volunteers were very busy while we were there, dealing with veterans needing help and accepting donations of food, household goods, and clothing.  The building that once seemed too big for us is now bursting at the seams with activity.  It was very satisfying to see our mission so alive and active, what a blessing.

It will take a little while to process all that happened that week.  We move forward while filing away the things we do every day.

“To serve and honor”