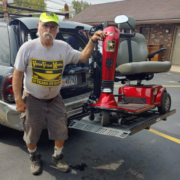 A grieving family donated a mobility scooter and electric lift after their beloved veteran passed on.  It was fully charged and ready for a veteran in need.  We parked it inside along with the lift.  We learned of a veteran that was the perfect fit.  The donor’s family can rest assured that their loved one’s mobility scooter is now helping a fellow veteran live a more rewarding life.  We are grateful to be able to make the connections. 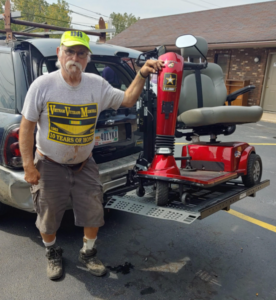 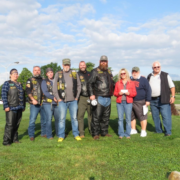 Commander Steve “Hellhound” Vickers from the Combat Veterans Motorcycle Association, CVMA, located in Cambridge Ohio contacted Veterans’ Outreach a few months back.  Commander Vickers said that they had selected Veterans’ Outreach to be one of the 501(c)3 organizations that they would donate to in 2021.  He said he just wants to help his veteran brothers and sisters in Ohio. END_OF_DOCUMENT_TOKEN_TO_BE_REPLACED 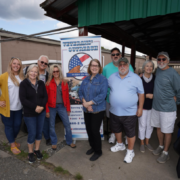 The Veterans’ Outreach 6th Annual Golf Scramble was a great success.  This group of staff, volunteers, and others not in the photo worked tirelessly to host a fun day for 134 golfers.  There were 52 sponsors!  Proceeds from this event will help more than 100 veterans with financial help. 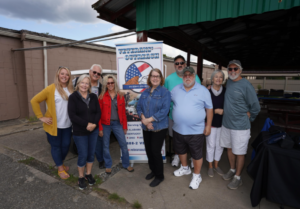 We humbly thank God for giving us the opportunity to host this wonderful event.

Thank you to all the sponsors, the golfers, the Mahoning County Country Club, and the volunteers that made this beautiful day possible.  Words cannot express how much it means to have your support of our mission to honor and serve all veterans. 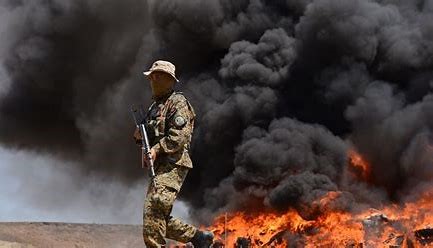 Afghanistan! The heartbreak of all that is unfolding there is especially unyielding with the deaths of those 13 brave soldiers. Sons and daughters that believed in the mission and obeyed their orders while evacuating fellow Americans and others. They were AMBUSHED while engaged in a humanitarian endeavor and gave the ULTIMATE sacrifice. Our sympathies are strong and passionate for the families left behind. The hopes and dreams those young people had will never be realized. How does a family deal with that?

Now, the additional sting of this tragedy comes in the wake of leaving many terrified Americans and Afghan associates behind. What lies ahead for them? On top of all that, the list of military equipment left behind is just overwhelming and frightening and shocking. I am a patriot and I love this country, but I, like most Americans am dumbfounded by the moves our country has made over the last weeks. The military was woefully unprepared to exit at the costs of many lives. Did our leaders really get it that wrong or is there something else going on? Is this really our message to the world?

Who are the Taliban and what do they want? The Taliban emerged in the 1990’s after the Soviets left Afghanistan. Their promise was to restore peace and security and enforce their own austere Sharia law. By 1998, the Taliban controlled 90% of the country. At first the Afghan people were pleased to have some order restored, but then the Taliban introduced Sharia Law including public executions of convicted murderers and adulterers, and amputations for those guilty of theft. They banned TV, music, cinema, and girls over ten going to school.

Then, September 11, 2001 happened and our world forever changed. Almost 3,000 killed and 6,000 injured. The attacks that day remain the deadliest terrorist attack in world history. In October of 2001, a U.S. led military coalition launched attacks on Afghanistan, and by the first week of December the Taliban regime had collapsed.

Look, most all Americans gave up something. My son came back disabled, but at least he came back. I am hopeful yet that some sense will emerge from these recent events led by powers at the helm. I must believe, for my own sanity, that they haven’t played all their cards yet and really can’t show or reveal their hand. I guess we need to be patient and still hold on to a smidgen of blind faith.
The comfort is that God is in control, ultimately.

The other positive side is understanding that our efforts were not in vain. We spent twenty years showing a people what freedom tastes like. Those seeds have been scattered and must have taken root – you see the Afghan people protests. These people need a beacon of hope to rise from the dust to have a better life. Freedom is part of our human nature and must find a way. This will reveal itself in time.
Please, when you see a Veteran, thank them for their stellar service in protecting your country. Remember that no outside terror attacks were launched on American soil for two decades now, thanks to our military men and women!

God bless our Soldiers, our Nation, and those Americans and friends left behind!

No veteran should be homeless.  Think about the selflessness of their service, to benefit you and I, people they don’t even know.  They inspire us and many others to continue the efforts to help them navigate troubled times. END_OF_DOCUMENT_TOKEN_TO_BE_REPLACED